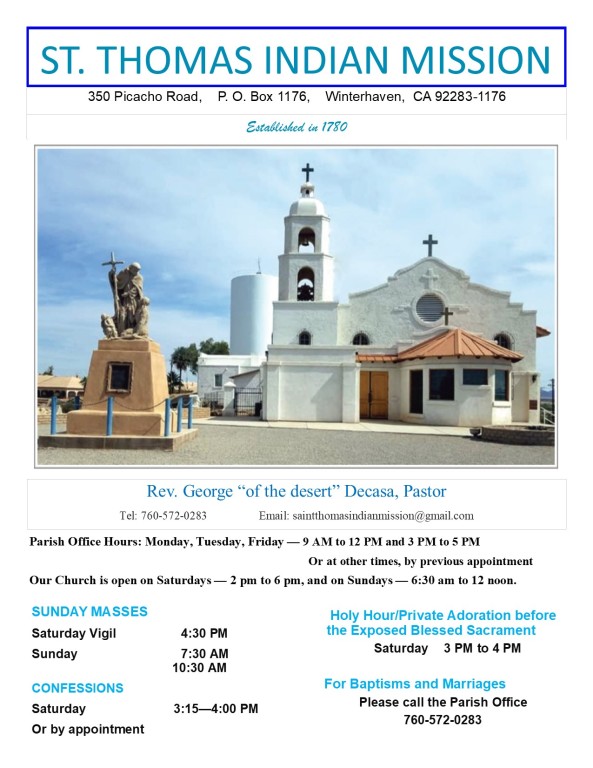 In order to have a child baptized at St. Thomas Indian Mission Catholic Church, the parents must be among its parishioners. Parishioners of St. Thomas Indian Mission are those who live within the geographical boundaries of Winterhaven as well as those who may not be living within the geographical boundaries of Winterhaven but are regularly attending Mass here and are registered as regularly contributing members.

Moreover, the following requirements must be fulfilled:

" Dear friend, May no adversity paralyze you.  Be afraid neither of the world, nor the future, nor of your weakness.  The Lord has allowed you to live in this moment of history so that, by your faith, His name will continue to resound throughout the world"

There are no upcoming scheduled events.

Catholic Voice of the Desert" 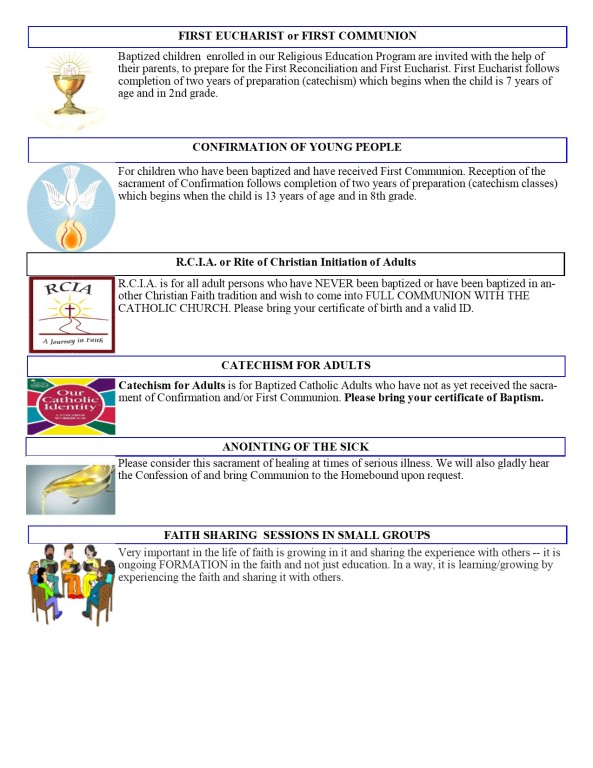 Denver, Colo., Feb 24, 2020 / 12:06 am (CNA).- The Archbishop of Denver offered his impressions of a Feb. 10 meeting between some U.S. bishops and Pope Francis, at which the bishops’ discussion with the pope included some questions about the ministry of Fr. James Martin, and about a 2019 meeting between the pontiff and the priest.

Archbishop Samuel Aquila of Denver told CNA it was a “privilege” to meet with the pope and his fellow bishops of the U.S. bishops’ conference Region XIII, adding that “the meeting was a grace.” Los Angeles, Calif., Feb 23, 2020 / 03:01 pm (CNA).- A California rule to require abortion coverage in health care plans now faces scrutiny from federal officials who say it violates the law. The controversial rule was a reaction to two Jesuit universities’ removal of abortion coverage, prompting Planned Parenthood and others to lobby state officials to block the effort.

“In 2013, Loyola Marymount University and Santa Clara University, two religiously affiliated universities in California, implemented changes to their employee health care plans to no longer provide elective abortion coverage,” the Department of Health and Human Services’ Office of Civil Rights said in its Jan. 24 notice of violation to the State of California. Bogotá, Colombia, Feb 23, 2020 / 10:00 am (CNA).- A late term abortion case has made national headlines in Colombia after a father lost a court appeal to save the life of his unborn son.

Juan Pablo Medina became a national figure in Colombia in the first week of February, after he went public with his efforts to prevent his girlfriend from procuring the abortion of their eight-month-old unborn child.

“Leon Bloy, the great French Catholic convert, liked to say that, in the end, the only thing that matters is to be a saint,”